MobileArq specializes in creating simple to use, simple to adopt, and simple to self-service communication solutions for schools, clubs and groups. MobileArq's app provides parents their school at their fingertips. With the all-in-one management platform for directory and fundraising, PTAs and PTOs are saving hundreds of hours and raising tens of thousands in fundraising.

Our mission is to build better connected communities. 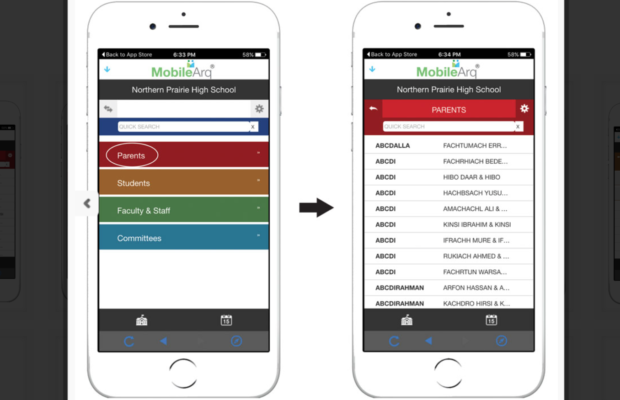 This article was reproduced with permission from  Heather Borden Herve, Editor of the Good Morning Wilton newspaper.

Wilton Public Schools are taking one more giant step forward into the technological era, as theParent Teacher Associations (PTA) in all four Wilton schools are taking the PTA directories and handbooks mobile. Say goodbye to the spiral bound paper books listing all the families with children enrolled in each school, and say hello to digital directories on a phone app.

Hopefully launching in time for Meet the Teacher Day on Thursday, Sept. 1, the initiative was led by Nicola Davies, president of the Cider Mill PTA. She’s cautious about being over-excited even as other parents who’ve heard about the change think the idea is amazing.

“I hope so, fingers crossed,” Davies says, looking ahead to next week’s launch and hoping it all goes smoothly. “It’s kind of a revolution in Wilton. We haven’t been early adopters of technology.”

One of the things Davies knew in wanting to go digital was that it had to be mobile phone based rather than computer based.

“I’ve heard the way parents talk about Edline, and something you have to navigate on the computer is never going to be the answer. And we’re all so addicted to our phones,” she says.

Davies started researching apps, and found that some of Wilton’s neighboring districts opted to use digital directories in the last few years, including Westport. The app she chose was MobileArq, the app also used by Westport. It helped to know that she could always get advice from the nearby school. 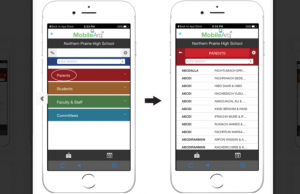 PTA software; School at your fingertips

The PTAs of all four schools worked together to produce one overall, district-wide directory listing families from the entire district in the app. Davies worked closely with Middlebrook PTA president Laura Rowley and had the full support from superintendent Dr. Kevin Smith and staff at the district office. Collaboration needed to happen because the directory information comes from all the data already in PowerSchool, and is an easy transfer directly from that to populate Wilton’s digital directory.

Even though all the families are in the directory, parents will only be able to get access to the listings of the students and families for the schools their own children attend.

Parents can already download the app from iTunes or Google Play now, but they won’t be able to sign in until the PTA officially launches.

“We’ll email a link the day before we go live, asking people to sign up using the email the district has for you in PowerSchool Parent Portal. That will be a way to validate you’re a Wilton parent, along with a code that we issue,” she says. “When you register and input your email, the app will know [which schools] you have children in. You will only have access to those schools.”

Of course, the only definitive way to get access to the digital directories for your children’s schools is to be a member of each school’s PTA. People will be able to join directly on the app. It makes the entire process much easier for everyone involved.

Going digital also meant a lot less work for the parent volunteers who have to oversee the directories’ compilations.

“I compiled the Miller-Driscoll handbook for three years and last year I didn’t have a volunteer for the Cider Mill directory so I ended up doing it myself. I just thought, there’s got to be a better way of doing this,” says Nicola Davies, president of the Cider Mill PTA. “We’d wait so long for the information from the schools and then we’d never have it in time for Meet the Teacher, and then as soon as it’s printed there are new people moving into the district all the time, and it’s easy to make a mistake. Once it’s printed, there’s nothing you can do.”

With a digital directory, any changes, additions or edits can happen right away. “If you move to the district on the second day of school, last year you would be out of the paper directory for the entire year. But now you’ll be in it,” Davies explains.

Clearly, this move to digital helped relieve any anxiety Davies had felt in past years having to compile the paper directories. “It was stressful! It was so easy to miss somebody. And now the fact that we can go back and make changes or correct mistakes is a weight off my mind!” she laughs, adding that not only is this the way of the future but it’s also green and environmentally beneficial to no longer have to print on paper.

Plus, the app has capabilities to do many more things than will even be implemented this year:  the school store, fundraising, meetings and planning, and more. “These are things for the future; we’ve got to learn to walk first,” Davies says.

Along those lines, she hopes that parents will have patience if there are any glitches in the first few days once they go live.

“Whenever you try something new or a new way of doing things, there could be something we encounter. We hope there won’t be but please bear with us if there are,” she says.